Two weeks ago I, Ravenna, Junior Fellow, devoted my post to a flurry of firsts. This week, we at The OpEd Project doff our hats to second successes.

Congrats to Michele Elam of the Stanford Program who has published her SECOND op-ed in the span of 10 days! Her first article, “How art propels Occupy Wall Street” appeared on CNN.Opinion on October 31st.  On November 9th the Huffington Post ran a second article by Elam: “Why Black Firsts Matter,”  about the importance of celebrating “African American Firsts.” In it Elam argues that we need to recognize these inaugural moments so that we “don’t take for granted that such cracks in the status quo happen inevitably or easily.” A great article!

Also on her second published op-ed in as many weeks is Yale Fellow Meg Urry, the Israel Munson professor of physics and astronomy, whose most recent piece “Earth’s close encounter with an asteroid,”  appeared on CNN.Opinion just 9 days after her October article on the ROSAT satellite which recently tumbled to earth.

This is, of course, not Meg’s second op-ed ever but one of many she’s written since March. Bravo to her efforts to make the world of astrophysics accessible to those of us whose understandings of “potentially hazardous objects” in space have been heretofore dependent on movies like “Armageddon” (1998) or “Deep Impact” (1998) (shameful, I know).

Meg’s dedication to writing pieces about hard science that non-scientist can understand reminds me of my favorite radio program: Radiolab. This phenomenally entertaining and educational WNYC production is hosted by Robert Krulwich and 2011 MacArthur Fellow, Jad Abumrad and its goal is to weave together “stories and science into sound and music-rich documentaries.” 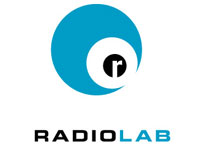 One episode in particular speaks to what Meg Urry is doing so well. In 2008 Robert Krulwich was the commencement speaker at the California Institute of Technology, and his commencement address emphasized the importance of storytelling in science. In his speech Krulwich encouraged the graduates to talk about their work with people who aren’t scientifically literate. Instead of thinking “‘There’s no way I can talk about my science with this guy, cause I don’t have the talent, I don’t have the words, I don’t have the patience to do it. It’s too hard. And anyway what’s the point?'” Krulwich told them that attempting to convey scientific material to non-scientists is the only way “to compete with other stories about how the universe works and how the universe came to be.“ These alternative stories could be found anywhere from the bible to a movie screen. Listen to the podcast if you have time. Or read this transcript here.

If you don’t have time, then at least read to the end of this blog post. To all you brilliant academics who have so much information that you aren’t sharing because you think it will be misinterpreted, or lay people won’t know enough to appreciate the nuances of your argument, or the mainstream media form is too short, or too trite, or too fast-paced to do justice to real knowledge, know this: there are so many people out there who may not publish in academic journals and may not know the meaning of the words “quark,” “step function” or “trochee” but who are curious about the world and who are looking for explanations. They open newspapers to find them. And they will. Here’s the thing: if it’s not your explanation, it will be somebody else’s.